character: the mental and moral qualities distinctive to an individual; the complex of mental and ethical traits making and often individualizing a person, group, or nation;  moral excellence and firmness.

Being a politician is not something I sought to be.  A politician is nothing more than someone who is involved in the business of civic matters.  Now that I am one, I am determined to make that term mean something again.  Something positive.  Something worthy of honor.  A statesman instead of manipulator that will say whatever they feel necessary to gain or keep their position of authority.

Why am I running for Mayor?

I ​decided to run for Mayor after an in-depth meeting with our family reviewing the options and seeking guidance from God.  It was not an easy decision or anything we took lightly, but if we were not 100% in consensus, if we were not in unison as a family, then I was not going to move ahead.

As we surveyed the field of declared candidates and what our City Council would be, it was apparent I needed to step forward to bring leadership of conviction to Keller.

The qualities I bring to the post of Mayor are Integrity, Strength, Decisiveness, and Consistency.  These are the distinctive qualities of my character.  And I believe Character Counts in Leadership.

We need leaders who have the courage of convictions, the strength to articulate them, whose decisions are determined by them, and whose word is consistent with their actions. Regardless of what critics may say.  Without principles, without convictions, without moral values, leaders are reduced to reeds in the wind bending in the direction it blows the hardest.  I have served you for over three years and what is well known of me is that I say what I mean, I stick to my word, I do the hard homework, and I speak the truth.

I hope my character wins your support.

With your support, we have a great deal of work to do. 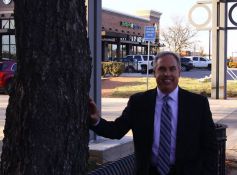 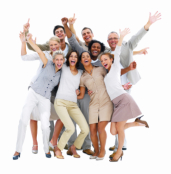 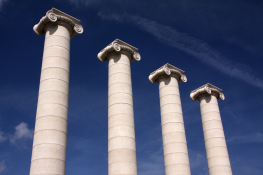