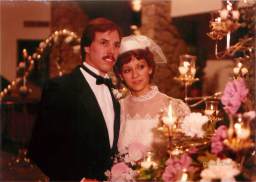 I have been married to my high school sweetheart, Tami, for 36 years. We have three daughters, one son, two sons-in-law, and four grandchildren. Two of our children graduated from Keller High School and two of our grandchildren attend Keller schools. We moved our family to Keller more than 13 years ago because we believed it to be one of the best places to live in Texas and in America...and we still do! We are members at Gateway Church where I serve as a Deacon.

I am the Founding Broker of Time For Real Change which owns and operates real estate brokerages, a management company, home services companies, and a soon to open upscale professional café. After graduating from Southern Nazarene University, I spent many years in the corporate world. I have served as a Controller/Chief Financial Officer, Regional Director of Operations, Chief Operating Officer, and a Vice President in Sales & Marketing. We moved back to Texas in 1985 when I became President & Co-Founder of a Mortgage Banking Company serving the DFW area. In the early 90's, I became a Turn Around Engineer working with Fortune 500, INC 500, publicly-held, private, non-profit, and municipal organizations. I have been an entrepreneur for over two decades becoming a cross-industry leader.